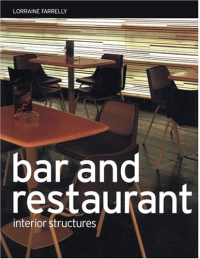 The latest title in the Interior Structures series offers real-world design solutions for bars and restaurants from some of the most influential names working today. Bar and Restaurant Interior Structures is a visual thesaurus of design ideas from bar and restaurant interiors around the world. With a critique and photographic spread for each location, this book offers a fascinating look at how these interiors were put together. For each project spatial qualities, lighting design and use of materials are all analysed and compared to provide the technical background to these striking interiors.

Lavishly illustrated with colour photographs throughout.

Includes the work of internationally renowned architects and interior designers, including Conran and Partners, Diller and Scofidio, Jakob and Macfarlane, Branson Coates and more.

An inspiring source book for architects and interior designers working in this area. 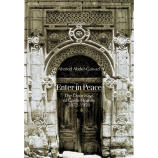 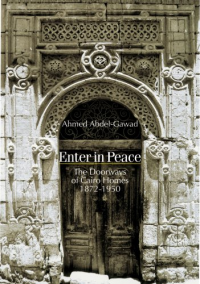 Enter In Peace: The Doorways of Cairo Homes

This photographic book sheds new light upon the architectural and decorative elements of historic doorways from the nineteenth- and early twentieth-century Cairo. Previous studies on the subject have been few and far between, and have paid more attention to the Cairo of Khedive Ismail—the new quarter of the city. Enter in Peace focuses instead on those doorways of houses built in Cairo’s older neighborhoods, and inhabited by Egypt’s middle classes. Included here are over 150 photographs, illustrating eighty-one of these doorways as well as the facades of the buildings in which they appear. The book records their dimensions and their various architectural and stylistic elements, from the structure of doors, lintels, and paneling, to common designs and motifs. Built during a period of great change and modernization in Egypt, these doorways reflect the Ottoman, European, neo-Pharaonic, and Islamic Revival architectural styles prevalent at the time. In addition to popular arabesque and Islamic patterns, many include a snake-shaped motif, a design element dating back to the pharaonic period.

Ahmed Abdel-Gawad has made a careful study of these historic doorways, with descriptive comments on the houses’ original owners and dates of construction, drawing on tax records and historical documentation to present them in context. He traces the shift in building styles that followed the decline of craft guilds in the late nineteenth century, while charting the rise of new architectural influences and techniques in the following decades. Handsomely illustrated and thoroughly researched, Enter in Peace provides an important visual record of Cairo’s rapidly disappearing architectural heritage.