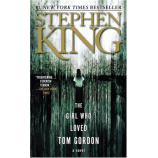 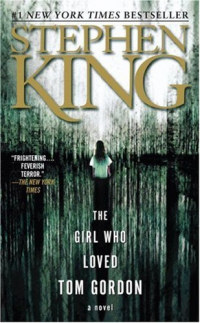 The Girl Who Loved Tom Gordon

The acclaimed #1 New York Times and undisputed King of Horror Stephen King offers a frightening suspense novel about a young girl who becomes lost in the woods as night falls.

On a six-mile hike on the Maine-New Hampshire branch of the Appalachian Trail, nine-year-old Trisha McFarland quickly tires of the constant bickering between her older brother, Pete, and her recently divorced mother. But when she wanders off by herself, and then tries to catch up by attempting a shortcut, she becomes lost in a wilderness maze full of peril and terror.

As night falls, Trisha has only her ingenuity as a defense against the elements, and only her courage and faith to withstand her mounting fears. For solace she tunes her Walkman to broadcasts of Boston Red Sox baseball games and follows the gritty performances of her hero, relief pitcher Tom Gordon. And when her radio’s reception begins to fade, Trisha imagines that Tom Gordon is with her—protecting her from an all-too-real enemy who has left a trail of slaughtered animals and mangled trees in the dense, dark woods… 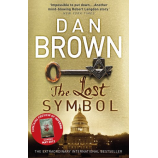 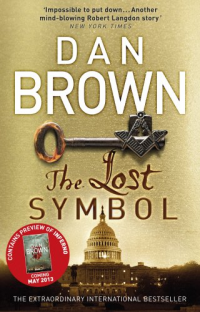 In this stunning follow-up to the global phenomenon The Da Vinci Code, Dan Brown demonstrates once again why he is the world’s most popular thriller writer. The Lost Symbol is a masterstroke of storytelling that finds famed symbologist Robert Langdon in a deadly race through a real-world labyrinth of codes, secrets, and unseen truths . . . all under the watchful eye of Brown’s most terrifying villain to date. Set within the hidden chambers, tunnels, and temples of Washington, D.C., The Lost Symbol is an intelligent, lightning-paced story with surprises at every turn. This is Dan Brown’s most exciting novel yet. 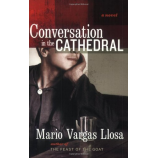 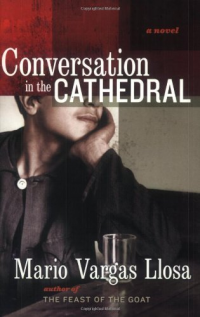 Conversation in the Cathedral

A Haunting tale of power, corruption,
and the complex search for identity

Conversation in The Cathedral takes place in 1950s Peru during the dictatorship of Manuel A. Odría. Over beers and a sea of freely spoken words, the conversation flows between two individuals, Santiago and Ambrosia, who talk of their tormented lives and of the overall degradation and frustration that has slowly taken over their town.

Through a complicated web of secrets and historical references, Mario Vargas Llosa analyzes the mental and moral mechanisms that govern power and the people behind it. More than a historic analysis, Conversation in The Cathedral is a groundbreaking novel that tackles identity as well as the role of a citizen and how a lack of personal freedom can forever scar a people and a nation. 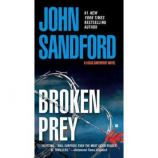 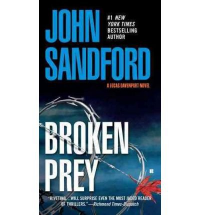 The first body is of a young woman, found on a Minneapolis riverbank, her throat cut, her body scourged and put on display. Whoever did this, Lucas Davenport knows, is pushed by brain chemistry. There is something wrong with him. This isn’t a bad love affair.

The second body is found three weeks later, in a farmhouse six miles south. Same condition, same display—except this time it is a man. Nothing to link the two victims, nothing to indicate that the killings end here. 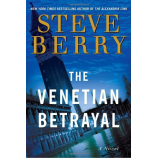 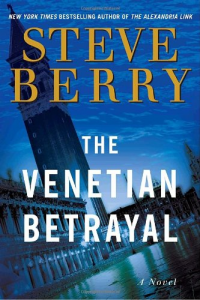 In 323 B.C.E, having conquered Persia, Alexander the Great set his sights on Arabia, then suddenly succumbed to a strange fever. Locating his final resting place–unknown to this day–remains a tantalizing goal for both archaeologists and treasure hunters. Now the quest for this coveted prize is about to heat up. And Cotton Malone–former U.S. Justice Department agent turned rare-book dealer–will be drawn into an intense geopolitical chess game.

After narrowly escaping incineration in a devastating fire that consumes a Danish museum, Cotton learns from his friend, the beguiling adventurer Cassiopeia Vitt, that the blaze was neither an accident nor an isolated incident. As part of campaign of arson intended to mask a far more diabolical design, buildings across Europe are being devoured by infernos of unnatural strength.

And from the ashes of the U.S.S.R., a new nation has arisen: Former Soviet republics have consolidated into the Central Asian Federation. At its helm is Supreme Minister Irina Zovastina, a cunning despot with a talent for politics, a taste for blood sport, and the single-minded desire to surpass Alexander the Great as history’s ultimate conqueror.
Backed by a secret cabal of powerbrokers, the Federation has amassed a harrowing arsenal of biological weapons. Equipped with the hellish power to decimate other nations at will, only one thing keeps Zovastina from setting in motion her death march of domination: a miraculous healing serum, kept secret by an ancient puzzle and buried with the mummified remains of Alexander the Great–in a tomb lost to the ages for more than 1,500 years.

Together, Cotton and Cassiopeia must outrun and outthink the forces allied against them. Their perilous quest will take them to the shores of Denmark, deep into the venerated monuments of Venice, and finally high inside the desolate Pamir mountains of Central Asia to unravel a riddle whose solution could destroy or save millions of people–depending on who finds the lost tomb first.